How long does an electric egg cooker take?

The amount of time an electric egg cooker takes to prepare eggs can vary. A standard egg cooker usually takes around 8 to 10 minutes. With an egg cooker, you won’t have to pierce any shells first as the eggs will not explode while they are cooking. You will get perfectly even cooked eggs with no hotspots in only 10 minutes. The biggest advantage of using an egg cooker is that you can use the time that it is cooking to do something else more productive, as you won’t have to worry about turning the heat off or catching the eggs before they explode. Most of the egg cookers are also dishwasher safe, so you won’t have to endure a difficult cleaning process.

How many eggs does an electric egg cooker hold?

The amount of eggs an electric egg cooker can hold varies depending on the type of cooker you are using. The most standard and smallest egg cookers hold up to 4 eggs at once and are the optimal choice for making breakfast for a small family. There are also small egg cookers that can hold up to 7 eggs on one layer. A two-floor egg cooker can cook up to 14 eggs at once, which is perfect if you have a lot of mouths to feed. If you cook a lot of dishes that involve eggs, an egg cooker with many spots is a good investment, as the amount of time you will save will be significant and noticeable. You can put these eggs to cook while you prepare the rest of a meal, and just remove them once the cooking time is finished.

How to hard boil eggs in an electric egg cooker?

Start by filling your water measuring cup according to how many eggs you are going to be cooking. Pour out some water into the center of the egg cooker reservoir. Put the egg holder into position on top of the base and put your desired amount of eggs into the egg holder. Cover the cooker with the lid and push the ON button. Let these eggs cook for a few minutes until you hear the sound indicating they are finished, then push the OFF button. Remove the lid and use oven mitts to lift the egg holder by the handle. Gently place the eggs into cold water until they are cool. Refrigerate the eggs or serve. Wash your cooker before storing or using it again. 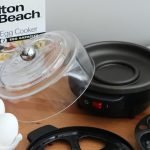 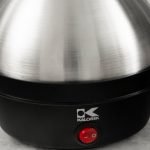 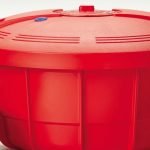 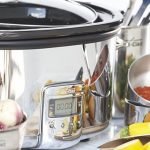 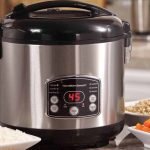 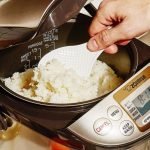