How to cut vegetables?

Cutting vegetables can be a time-consuming annoying process, especially when it must be done frequently and in large quantities. A cheap and very simple solution for this is using a food chopper. If you are planning to make a dish such as salsa or soup that involves a lot of vegetable cutting then this is the ideal option for you. Because most food choppers are small in size, you should start by downsizing the vegetable portions accordingly. Larger vegetables such as onions should be cut into smaller pieces before chopping for the best results. Food choppers can be used anytime to chop, dice, or mince vegetables such as celery, carrots or garlic and many others.

How to use a food chopper?

Start by picking your recipe and assembling all the ingredients. Most recipes that require the use of food choppers are those that involve vegetables or fruit. Garlic and onions are great to use with a food chopper, and so are celery, carrots, tomatoes, and apples. Place the food in the chopper and chop the food. You may only be able to chop a portion of ingredients at a time, so divide your ingredients into appropriate portions. You should experiment with portions and chop types to see what works best for your specific chopper. Empty the contents out carefully before putting a new batch in. When cleaning, remember to unplug it if it is electric and be careful when washing the blades. Let it fully air dry before the next use. 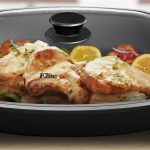 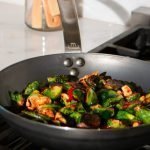 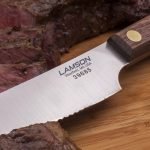 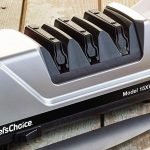 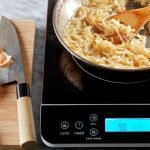 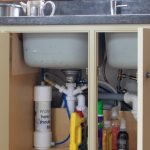