Start by preparing your chicken, and carefully placing it on the rotisserie. Once the chicken is in the rotisserie oven, it is time to set the timer. Now, the amount of time depends on a few factors such as the size of the chicken and the type of rotisserie oven. Make sure to read the manual or the instruction guide that comes with the oven, where the exact measurements of time will be noted. Generally, it is around 15 minutes per pound of chicken. Keep in mind that this may not always apply, so once you think your chicken is ready, use a meat thermometer to measure the thickest part of the chicken. If you think it isn’t done, then leave it in for a few more minutes.

How to reheat rotisserie chicken in the oven?

A rotisserie chicken can be kept in the fridge for a few days and be reheated in the oven if necessary. Start by removing the rotisserie chicken from the container or the packaging and put it inside an oven-safe dish. In the meantime, preheat your oven to 350 °F (177 °C). Cover the chicken with a lid or some aluminum foil and put the dish into the preheated oven. Roast it until it reaches 165 °F (74 °C), which you can figure out by inserting a meat thermometer into the thickest part of the meat. Take the chicken out. If you want chicken with some crispy brown skin, then put the chicken back in for 5 minutes without a lid. Once you get the desired golden skin, remove it from the oven, let it cool and enjoy. 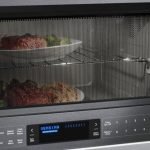 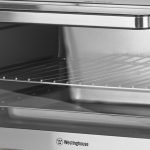 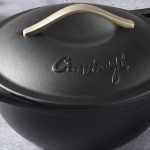 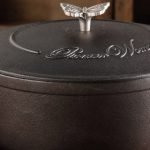 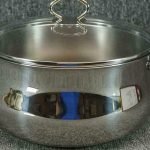 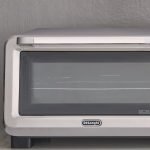