What is a panini press?

Panini press is a grill very different from a simple sandwich maker in a number of ways. Panini press both grills and presses the sandwich at the same time. While you can’t put several ingredients in a sandwich grill, you can do that with a panini press that can cook a very large sandwich at once. A panini press doesn’t merely toast bread, but it actually grills it. This makes it both look and taste good. With a panini press, you are not required to have a certain standard slice of bread, but you can have numerous recipes, not necessarily limited to sandwiches only. While the name might make some think that it’s better to use for the melty-cheese sandwiches only, there is, in fact, even more to it. One can reach as far as to grilling vegetables and fruits for desserts in a panini press. Some people are used to make omelets, crispy bacon, and even pizza in a panini press. So there is no limit to the recipes that can be followed to cook food in panini presses.

How to use a panini maker?

Before you actually get into putting the creative effort to combine the ingredients in a sandwich, you need to turn panini maker on, so that it will heat up a bit. Once it gets the medium heat, the system will let you know that it’s preheated. Another way of finding out whether it’s preheated or not is to pour drops of water onto the surface to see whether it dries quick. When hissing sounds are released, you can be sure it’s ready to use. By now you should already have your sandwich assembled. Don’t forget to cover it with butter or oil before putting in a pan. Once the sandwich is in the press, close the grill press and wait for three to four minutes. You should repeat the process for the other side as well, and it should be cooked separately for another three to five minutes. You should keep it pressed until bread is turned golden brown. And it’s ready!

How to clean a panini press?

If you want to avoid getting difficulties with cleaning a panini maker, then you should make sure you clean it after every time you use it. While you might think it’s better to scratch the sticky mass out of the coating with a knife or any other metal instrument, you’d better refrain from doing that since it might cause damage to the surface of a pan. Thus, from the very beginning, it’s better to take a different path. First, you should let the grill cool down before trying to clean it up. Pour a little water on your paper towel, and move it gently across the surface to remove crisps and stuck crumbs. With the next step, pour a bit of soapy water in a panini maker and use a sponge to firmly brush the surface and the little, narrow sides where oil could be left in. Now, when you still see some remnants of crumbs sticking on the surface, take a chopstick and wrap a cloth around it to go over the surface once again, paying special attention to these chunks trapped in the grooves. Of course, if the plates are removable, it makes the process a lot easier since you can just wash them in the sink quickly and efficiently. 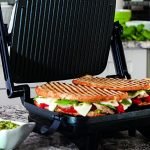 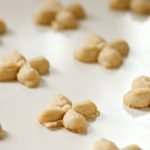 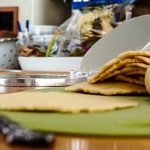 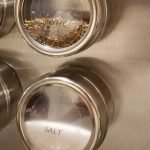 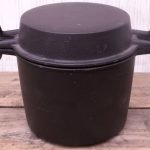 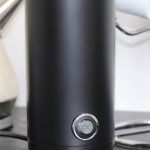