What is a meat tenderizer?

A meat tenderizer also called a meat mallet or a meat pounder is a tool that is hand-powered and designed to tenderize the meat to prepare it for cooking. There are three types of meat tenderizers. The first and most common is a tool that looks like a hammer and is made of wood or metal with a short handle. This type of mallet also usually has dual heads, one is flat while the other has pyramid-shaped spikes that tenderize the meat. The second type is like a potato masher with a shorter handle and a big metal face with spikey tenderizers. The third is a tenderizer that has rows of blades or nails used to puncture the meat and cut into the muscle fibers.

How does meat tenderizer work?

A meat tenderizer is used to “break-in” tough meat before it is cooked. A meat tenderizer such as a mallet is used to soften the fibers in the muscles of the meat. This usually means breaking the long strands of muscle and also making the collagen softer until it becomes gelatin. This gelatin leaks into the meat and makes it more tender with adding moisture for that perfect juicy meat cut. This also leads to the meat is much easier to chew, digest and enjoy. A meat tenderizer is particularly useful for particularly tough parts of steak and works well for broiling or frying this meat. Additionally, it is used to “pound out” and flatten dishes such as Palomilla, chicken-fried steak, and schnitzel, in order to make the meat thinner and wider.

How to use meat tenderizer?

The method of using a hand-powered meat tenderizer is very simple and straightforward. Make sure to cover both sides of your meat with plastic wrap and set them down. Then simply use the mallet to pound into the meat, until they are flatter and softer. Always remember to pound both sides evenly, to ensure all fibers are targeted. There is no rule to when you are done tenderizing meat, so stop once you feel it is enough. After cooking and tasting, you can determine if your pounding was enough or not, according to how chewy or soft the meat is. Next time you tenderize meat, keep this experience in mind and change the pounding time according to it.

How to tenderize a steak?

A meat tenderizing mallet can be used to effectively tenderize a steak without removing any flavor or juiciness. Meat mallets usually come with dual surfaces, a flat one and a pointy one. Use the pointy side of the pallet to pound the steak, which will cut up all the connective tissues and fibers of the muscles. This will make it easier to eat afterward, so it won’t be too chewy. Steaks that are tenderizing using a mallet are called “cube steaks” because the mallet created indentations that are shaped like cubes. Cube steaks won’t be as juicy as braised beef, but it is a super quick and easy method to tenderize a steak. Pounding also flattens the meat, making it cook more quickly and more evenly.

How to tenderize chicken?

To tenderize chicken, you must use boneless cuts such as breasts or thighs. Tenderizing cuts with bones will lead to them shattering, so remove the bone first. Cover all sides of the meat with plastic wrap, to avoid any small pieces scattering over the countertop during the pounding. Using the mallet, pound the meat evenly, making sure to cover the entire surface. Go back and forth on the meat until it is as thin as you need it to be for your recipe. This is a particularly good method for chicken that will be grilled or fried. Pounding the chicken will break down collagen and fibers to make it softer and cook faster. 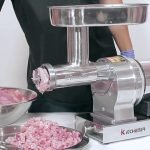 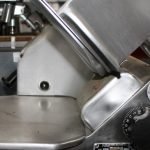 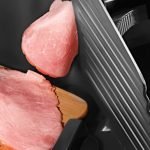 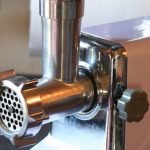 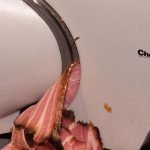