How to store kitchen knives?

There are a few ways to store kitchen knives, but experts and cooking professionals highly recommend using a knife block. Knife blocks hold a blade by its handle, so once the blade is inside it is impossible for it to be damaged. Knife blocks are a great storage solution, as they require little space but can hold knives of all shapes and sizes. There is also no pressure being put onto the metal of the blades, so your knives are sure to be safe. Knife blocks are also a great decoration piece and really pull the whole kitchen look together. Another very important advantage of using a knife block is that it keeps all knives out of the reach of kids, whereas knives in kitchen drawers are easily accessible.

How to clean a knife block?

To start cleaning the knife block, remove all the knives and flip the knife block upside down to shake out any crumbs or particles that may be inside. Tap the underside with a mallet or a small hammer to loosen anything that may be stuck. You can also use a large pipe cleaner to remove anything that is stuck at the bottom of the block. It is important to remove as much as possible, as the crumbs will be hard to remove when they’re wet. Wash the block by hand in hot water with dish soap, and use a small brush like a baby bottle brush to wash the slots of the block. Rinse off all the soap and use a mild bleach solution to sanitize the slots, then rinse well. Flip the block upside down and let all the water air dry before reinserting the knives. 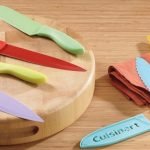 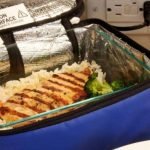 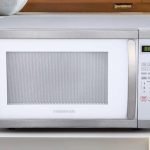 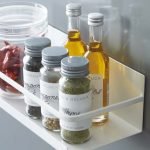 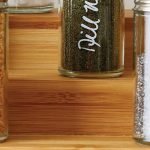