How to preheat an Oster toaster oven?

To start preheating, assemble your oven and place the rack into the position you require for your specific ingredients. You can put the pan on top of the rack or insert it into the rails located under the rack. Since you are preheating, place the pan without the ingredients on the rails. Once your oven rack and pan are placed in the correct positions, plug your oven into the socket and press the bake button. Use the arrow options to set your temperature and press the timer button until seven minutes is displayed and push start.

How to use an Oster roaster oven?

To bake, put your oven rack in the right position before you heat the oven. Place the ingredients on the wire rack or in the baking pan and press the BAKE button. Using the temperature arrows, set the required temperature according to your recipe. Then, press the time arrow buttons to set the baking time and push the START button. When the time is done, open the door, and get your food.

To broil, put your pan into the rails located under the rack and put the ingredients on the rack. Press and hold the BROIL button until you see the word BROIL on the display. Set the desired broiling time with the timer arrows and press the start button. Once finished, take out your food. 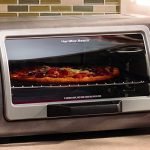 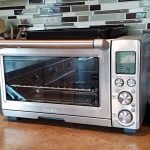 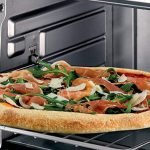 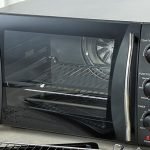 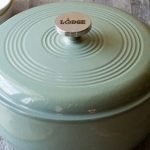 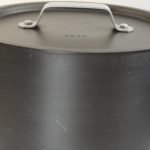