How to use the Hamilton Beach food processor?

Start by setting up your food processor by aligning the large or small bowl to the base and turn it clockwise until it is securely locked into place. Carefully insert the desired blade and place it onto the motor shaft. Fill the processor up to the indicated line with your ingredients, and align the lid to the bowl on the machine. Turn the lid clockwise to lock it into place and push the lid latch firmly to lock it into place. Plug the processor into the outlet and set the desired pulse or speed. When you’re finished, turn the setting to “OFF”, unplug from the outlet and remove the lid and the blade. Unlock the bowl from the base and pour out your mixture.

How does the cord storage feature work?

The Hamilton Beach food processor is designed with the simple home cook in mind, so there are no fancy settings or hard to understand features. You will never have to think about where to store this processor to avoid any damage, as the base consists of a big hollow space, where the cord tucks for the ideal storage solution, and there is absolutely no mechanical apparatus involved. Because of this great feature, you won’t have to worry about the cords getting damaged by rough handling when storing or there being no space for the chords. There will also be no need to find a rubber band or something to tie the chords up, as they compactly fit into their designed spot in the base. 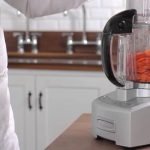 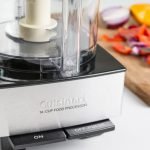 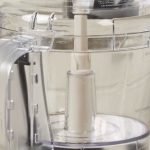 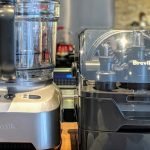 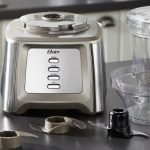 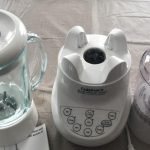