What size is a Copper Chef air fryer?

The Copper Chef air fryer has a capacity of 2 quarts, so it can cook approximately 1.5 pounds of food.

How to use a Copper Chef air fryer?

Start by plugging the air fryer into a wall socket. If you want to preheat it turn it on with the power button, and push the temperature increase or decrease buttons to adjust the cooking temperature. Set the preheat time using the time decrease button to 3 mins. When the time is up, pull the basket out of the fryer and place your desired ingredient mix inside. Press the power button and set the time and temperature according to your recipe. When you hear the timer sound, then pull the basket out and use tongs to take out your food. Do not flip the basket over or the excess oil will fall into your plate. If you want to cook the food some more, then put the basket back into the fryer and set a few more minutes to the cooking time. Wash all the air fryer pieces before using those again. 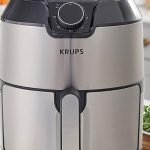 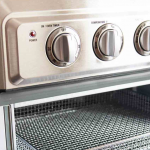 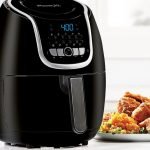 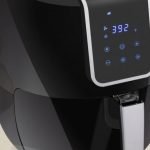 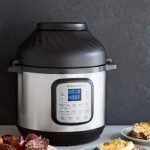